John comes to us from the great state of West “by God” Virginia.  He grew up in South Charleston, WV and graduated from George Washington High School in Charleston, WV.  John then matriculated to West Virginia University and graduated with a degree in criminology.

We would like to say that John saw our post on social media and wanted to become a member of a professional and progressive police department in the great state of Pennsylvania but that would not be the case.  John made the move to the Keystone state to be closer to his girlfriend.

In his free time John enjoys weightlifting, riding motorcycles, playing golf and spending time with his girlfriend.  If you see John on patrol, please welcome him to Lansdale Borough!! 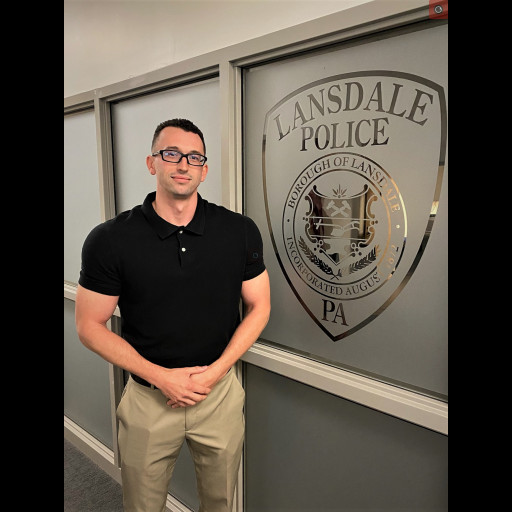