$10,000 Reward Offered for Information Leading to Arrest in Murder Case

NORRISTOWN, Pa. (Dec. 11, 2021) — Montgomery County District Attorney Kevin R. Steele and Lansdale Borough Police Chief Michael Trail reached out to the public today asking for the public’s help and offering a $10,000 reward for information leading to an arrest in the Nov. 28, 2020 shooting murder of 30-year-old Ebony Sequita Pack in her car in Lansdale.

The shooting happened a little before 10 p.m. at the intersection of East Hancock Street and Church Road in Lansdale. Police were dispatched at approximately 9:59 p.m. to a vehicle accident and a report of shots fired. Officers arrived to find Pack suffering from several gunshot wounds, still sitting in the driver’s seat of her Nissan Sedan, which had numerous bullet strikes on the driver’s side door. Pack was the sole occupant of the vehicle. The victim was transported to Abington-Lansdale Hospital, where she was later pronounced dead.

Lansdale Police and Montgomery County Detectives are conducting a joint investigation into the homicide. DA Steele asked anyone who has any information to come forward and do the right thing. “Please call detectives and share any detail about that night or anything you might know,” said DA Steele. “We want to find Ebony’s murderer and bring justice to her family.”

Anyone with information regarding this homicide is asked to contact the Montgomery County Detectives’ Tip Line at 610-278-DOIT (3647) or Lansdale Borough Police at 215-368-1801. 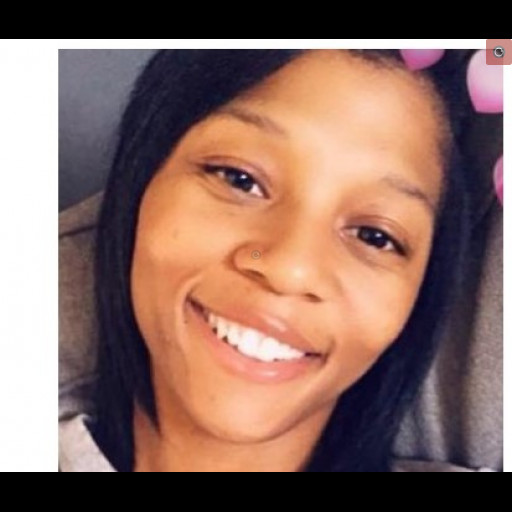 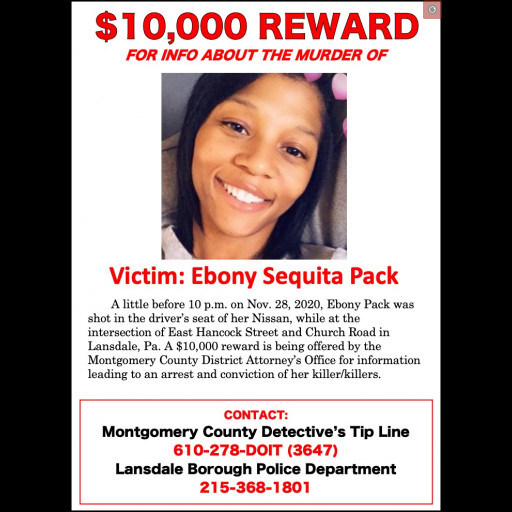