Lower Pottsgrove Police received an unexpected visit today from 6-year old Steven Startzel of Philadelphia and his Grandmother, Arlene Hinkle of Lower Pottsgrove Township.  Steven appeared in the police station lobby donning his police special operations uniform purchased earlier this date by his grandmother.  Steven had been shopping with his grandmother and expressed his interest in the uniform on display and further exemplified his desire to become a police officer.  Hinkle then drove Steven to the police station to visit with officers and proudly show off his new uniform.   Officer Kevin Black and Officer Jim Kenney spent time with Steven showing him our police cars and allowing him to try out some of our gear.  Steven is depicted in the photo with Officer Black (far left) and Officer Kenney (far right).  In the second photo he is wearing one of the officers ballistic vests and helmet.  Steven left happy and bearing a department collectors coin, some Police line ribbon and lots of smiles! 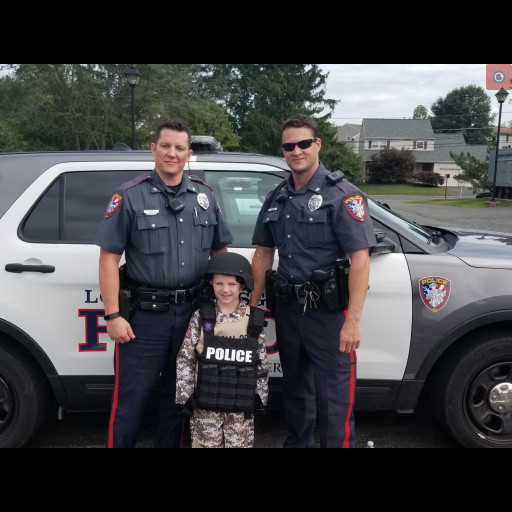 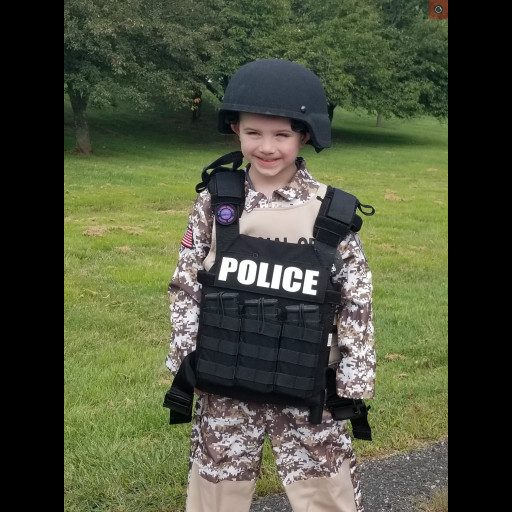