OFFICER OF THE MONTH/MEET OUR NEW OFFICER

Officer of the Month:

On 7/1/2022, at approximately 0405hrs, Officer Peronace was on patrol in the 3900 block of Shelley Drive when he observed two subjects with flashlights near the driveway of 3914 Shelley Drive.

Officer Peronace began to check the vehicles due to recent theft from autos and heard two car doors close nearby. Two subjects were observed walking away from a driveway going towards a vehicle parked on the street. The two subjects entered a gray Hyundai Elantra with heavy tint. The vehicle was registered to a Jaliel Ali Johnson of Philadelphia.

Officer Peronace initiated a traffic stop and made contact with the driver, who opened the car door to speak with officers and an odor of marijuana sprang from the vehicle. When asked for his driver’s license, the driver stated he did not have it and gave officers a fictitious name. Due to the driver's license photo being attached to the vehicle, Officer Peronace knew the male was dishonest about his identity. The driver eventually confessed to his real name, Jaliel Ali Johnson. There was also a front passenger who was later identified as Haronn Washington.

After further investigation, Officer Peronace found the driver and passenger were in possession of drugs and drug paraphernalia and the driver had an active warrant out of Philadelphia.

While speaking with the driver and passenger, another officer surveyed the neighborhood to check for thefts and confirmed a number of vehicles had been rummaged through. Both subjects were taken into custody for attempted theft and other listed charges.

CRIMINAL CHARGES, AND ANY DISCUSSION THEREFORE, ARE MERELY ALLEGATIONS AND ALL DEFENDENTS ARE PRESUMED INNOCENT UNTIL AND UNLESS PROVEN GUILTY.

Officer Anthony Peronace was hired in August of 2021. He previously worked with the Septa Police Department, stationed in the Kensington section of Philadelphia. He is currently one of our patrolmen and is a Control Tactics Instructor (Gracie Survival Instructor) teaching Jiu-Jitsu.

What is your favorite thing about Lower Moreland?

"I love how supportive the community is to our department. I also love how the department feels like a family away from home. Working here feels like I’m spending time with my family."

Favorite place to eat in town?

What makes you proud to be a Lower Moreland Police Officer?

"I’m proud to be an officer at Lower Moreland because I grew up in Montgomery County and this is my opportunity to give back to a place I call home."

How can the Lower Moreland Police Department best serve the community?

"Best way to serve the community is to provide a balanced patrol. Being a proactive police officer and also engaging the community."

What are some off-duty activities or extras you want to share with the public?

Brazilian Jiujitsu is a big part of his life. it's a part of staying active and healthy.
Officer Peronace also comes from a family of Philadelphia Policemen.
Recently traveled to Kyrgyzstan, with Officer Sireev, to visit Sireev's home country. 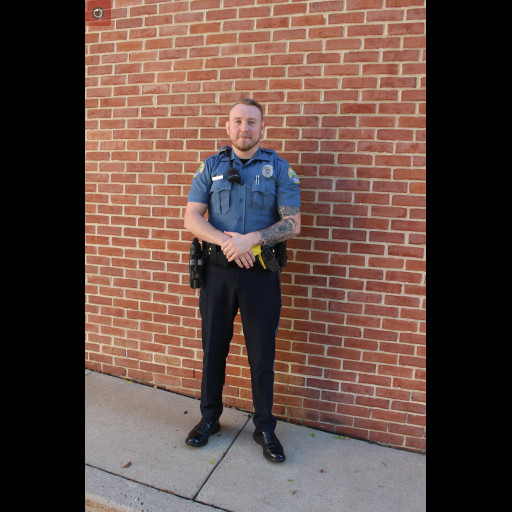