Chief David J. Scirrotto served in the United States Air Force from 1987 to 1990 as a member of the USAF Security Police.  In 1990, he joined the Department of Veterans Affairs Police in Philadelphia, where he remained until 1992. 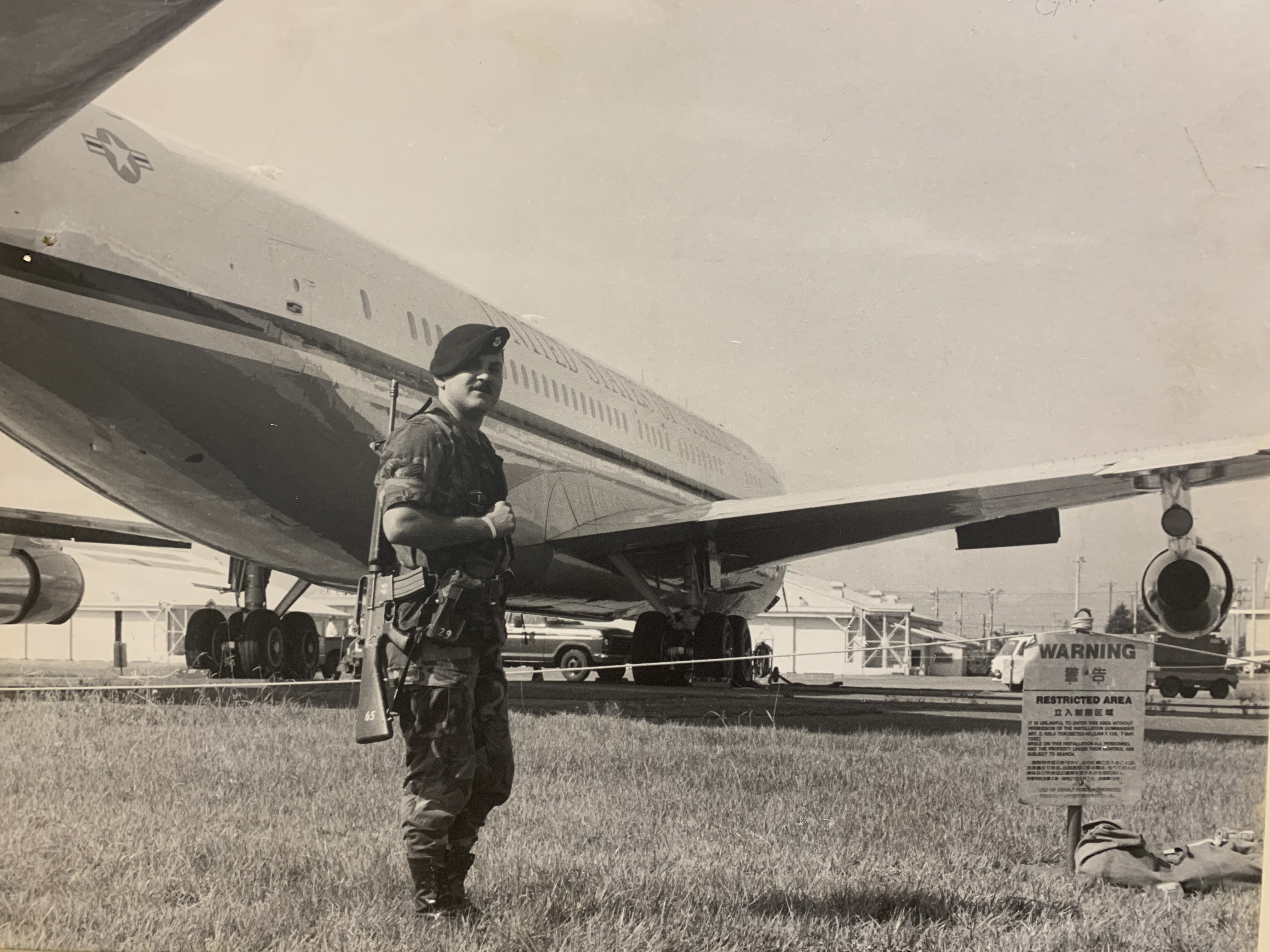 On January 27, 1992, he was appointed to the Lower Moreland Police Department.  He earned his way into leadership roles as a Field Training Officer (FTO) and Officer In Charge (OIC).  He was subsequently promoted to Patrol Sergeant on March 21, 2001.

During his time at Lower Moreland, Chief Scirrotto served on the Montgomery County East Region SWAT Team as an Entry Operator from 1997 to 2016.  In 2016, he transitioned to the crisis/hostage negotiator side of the SWAT team where he remained until 2018.

Some extracurricular activities that the Chief has participated in through the years include competing annually at the Pennsylvania Police Olympics in running, mountain bike, and obstacle course events.  In 2000, he won three gold medals at the International Law Enforcement Games in Cocoa Beach, Florida for the 5K, 10K, and Half Marathon races.  From 1998 to 2003, he completed four marathons, two of them being the Boston Marathon.

Chief Scirrotto was awarded his Black Belt in Brazilian Jiu-Jitsu in 2017 and subsequently his First Degree in 2021.  He still actively participates in Jiu-Jitsu.

He started teaching and subsequently directing the Control Tactics Programs at the Temple University and Montgomery County Community College Police Academies, where he continues to impart his knowledge to new police recruits.

In 2016, Chief Scirrotto was assigned to lead the Lower Moreland Police Department Detective Division.  He remained in this role until he was selected as the Chief of Police on January 1, 2019.

In addition, Chief Scirrotto completed the Northwestern University School of Police Staff and Command in 2014.  He earned dual Masters Degrees in Criminal Justice and Public Administration from the University of Colorado in 2018.  He works with the Pennsylvania Municipal Police Officer’s Education and Training Commission by updating its academy and in-service Control Tactics curriculum for the Commonwealth of Pennsylvania.

Chief Scirrotto, along with his incredible staff, have guided the Lower Moreland Police Department towards becoming a fully modernized organization.  This is done by offering a wide array of police services and by being a leader as a suburban Community Policing First Organization.