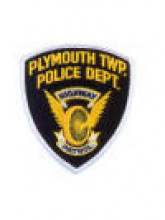 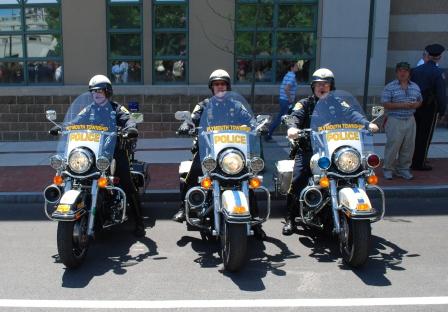 The Highway Patrol Unit is responsible for investigating serious and fatal motor vehicle crashes.  Members of this unit receive extensive training in crash investigations, including pedestrian and motorcycle crashes.

The mission of the Highway Patrol Unit is to facilitate the safe and expeditious movement of traffic on the Township's roadway system and to reduce the number of crashes on our roadways.  One of the ways that Plymouth Township Highway Patrol Unit achieves this is through enforcement of the Pennsylvania Motor Vehicle Code as well as Township ordinances.  With the largest turnpike interchange in the Township as well as major arterial highways cutting through the Township, tens of thousands of vehicles travel through Plymouth on a daily basis.

With that in mind, the Highway Patrol Unit utilizes various equipment to make our roadways safe.  Traditional marked units are used as well as "slick top" vehicles and Harley Davidson motorcycles.  All officers are trained to utilize Accutrak speed timing devices.  Pennsylvania Municipal Police departments are not currently authorized to use LIDAR or Radar speed timing equipment.

The members of the Highway Patrol Unit that operate the department's motorcycles or "wheels" receive specialized training including escorts.  The specially trained officers have participated in escorts for dignitaries as well as funeral processions.

Plymouth Township Police participates in the statewide "Click it or Ticket" campaign for seatbelt usage and awareness as well as participating in the Valley Forge Area DUI Taskforce.  Highway Patrol officers are trained in the use of standardized field sobriety testing and are all certified operators of the department's BAC Datamaster Breath Testing Instrument.  Plymouth Township Police maintains a "zero tolerance" for drunk or impaired drivers.

The Highway Patrol Unit aggressively battles abandoned vehicles left on the roadways of the Township.  These vehicles present not only safety issues but are an eyesore for the community.

The Highway Patrol Unit is prepared to meet any challenge and it is reflected through our high level of commitment, training and fitness.

These studies are conducted for the enactment of ordinances where appropriate and when requests are made for traffic restrictions, stop signs, or complaints about obstructions.  Studies are also implemented when crash analysis indicates a potential problem.