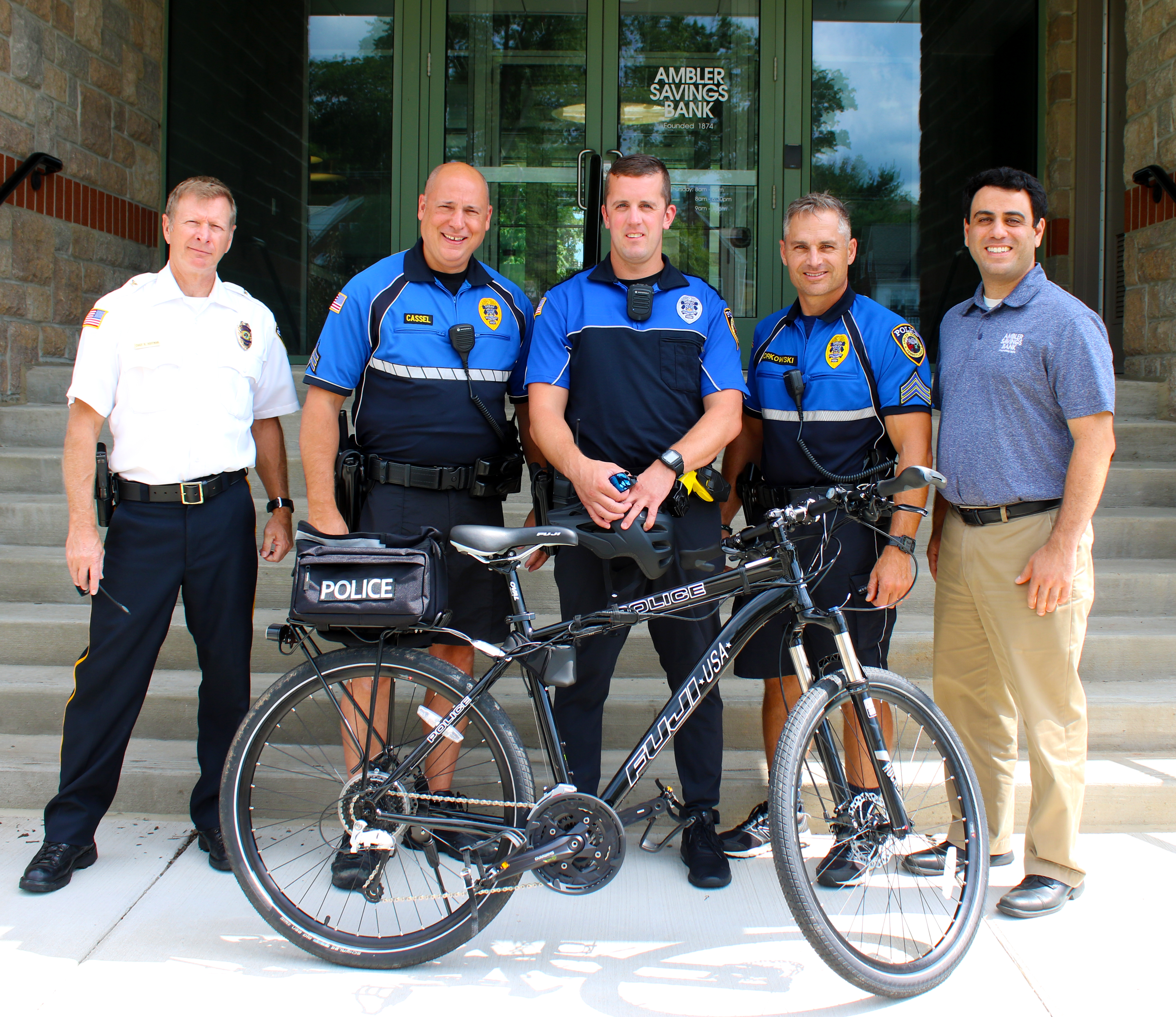 The Department maintains 24-hour police response to calls for service. There are currently 10 officers assigned to the patrol unit.  The patrol section is led by (2) Sergeants with patrol squads working 12-hour shifts.  They respond to all types of calls for service day and night.  Several of the Patrol Officers are Certified Police Bike Patrol Officers. They achieve this certification through IPMBA which is the International Police Mountain Bike Association.  Patrol will utilize the police bikes during large events, such as, the Ambler Music Festival in June and Octoberfest.  There are also several Patrol Officers assigned to the Montgomery County Drug Task Force.