On May 8, 2019, retired Sgt. Robert Greenwood along with Detective Daniel Kienle and Officer Matthew Musselman proudly accepted commendations from the Montgomery County District Attorney Kevin Steele for their actions in solving a robbery in the summer of 2018.  This is a distinguished award typically given out annually to various officers from various agencies, as well as citizens for exemplary actions, and selected by the District Attorney base don nominations received.  The actions of these three officers was subsequent to their teamwork, diligence and use of modern technology to solve the crime.

The incident for which they received these commendations occurred on June 3rd, 2018, at or about 11:18 PM, Lower Pottsgrove Township Police responded to a report of an strong-armed robbery at the Turkey Hill Store, located at 3051 E. High Street.  Officers quickly responded to the scene and learned the female clerk had been physically assaulted by being shoved aside as the actor stole cigarettes and food items before fleeing the store.

Sergeant Robert Greenwood and Ofc. Matthew Musselman were on duty and responded to the call.  Sgt. Greenwood directed other responding officers to establish a perimeter and coordinated an exhaustive search for the subject involved, however they eluded capture.  Officer Matthew Musselman was the primary officer on scene who handled the initial investigation under Sgt. Greenwood's supervision, gathering relevant evidence including a photograph of the actor from the stores video surveillance . With the suspect photograph, Detective Daniel Kienle used his knowledge and skill with Facial Recognition software and quickly developed a suspect.  Det. Kienle then diligently pursued the lead and developed a suspect who later confessed to the crime.

The diligence in coordinating an appropriate response through teamwork resulted in a successful outcome.  The actions demonstrated by the team of officers involved in this investigation exemplifies their true professionalism, dedication to service and commitment to community safety. 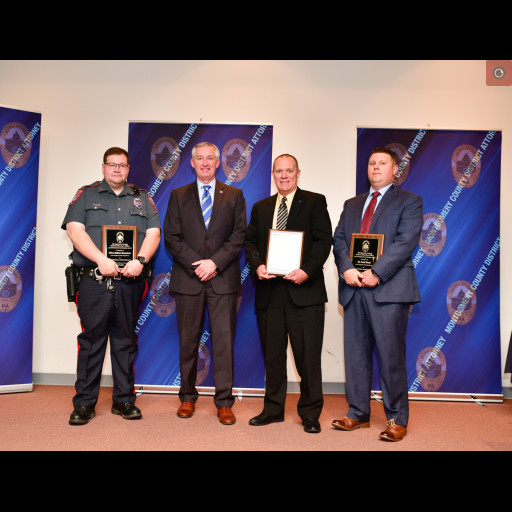