Lower Pottsgrove Police investigated two accidents along 422 eastbound, between Armand Hammer Boulevard and Sanatoga Interchange on Tuesday Morning (Feb 11, 2020).  The crashes resulted in significant traffic back-ups creating a nightmare for morning commuters as crews cleared the wrecks between about 5:45 Am and 11:00 AM.

The first accident was reported to police at approximately 5:30 AM along the Eastbound lanes of 422 at South Park Road.  A semi-truck was travelling East on 422.  As the truck approached the S. Park Road overpass, the male driver lost control leaving the roadway, striking the overpass and then travelling off the highway into a creek and some trees.  The impact caused the trucks fuel tanks to rupture, spilling an estimated 75 gallons of diesel fuel on to the ground.  The driver sustained moderate injuries and was taken to Pottstown Hospital for treatment.  Emergency Responders and Emergency Management crews were faced with containing and managing the fuel spill as well as arranging for environmental clean-up.  Emergency crews were forced to restrict traffic to one lane in order to deal with the incident and periodically stop traffic as they worked to bring the rig back onto the highway.  The highway was reopened to traffic at about 11:00 AM.  Pen DOT crews remained on scene with the environmental clean up crews after emergency responders cleared.

The second crash occurred at about 9:57 AM and was the result of the backlog of traffic from the earlier crash.  A Flatbed commercial truck had been stopped in traffic on the eastbound lanes near the Armand Hammer Blvd entrance ramp.  The female driver of Honda Civic failed to stop and ran into the back of the stopped truck resulting in major damage to the car and blocked the highway.  The female driver and a child passenger in the car were injured and  taken to Pottstown Hospital to be evaluated for their injuries.  This crash resulted in additional traffic stoppages and restrictions while the scene was cleared.

Township Police were  assisted on both scenes by Sanatoga and Ringing Hill Fire Companies, as well as fire police and Pen DOT. 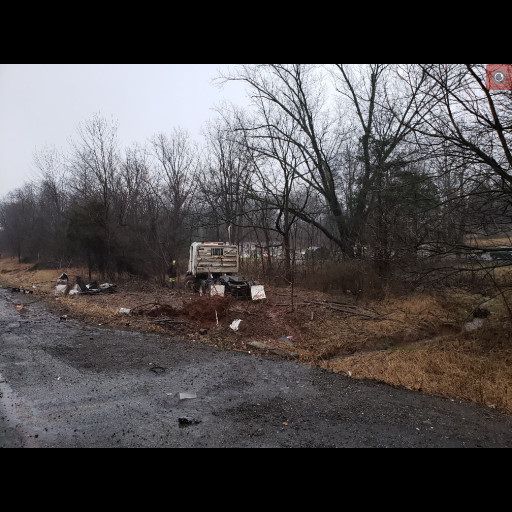 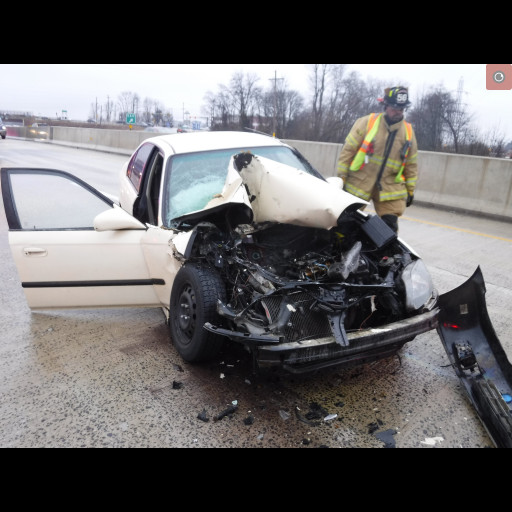 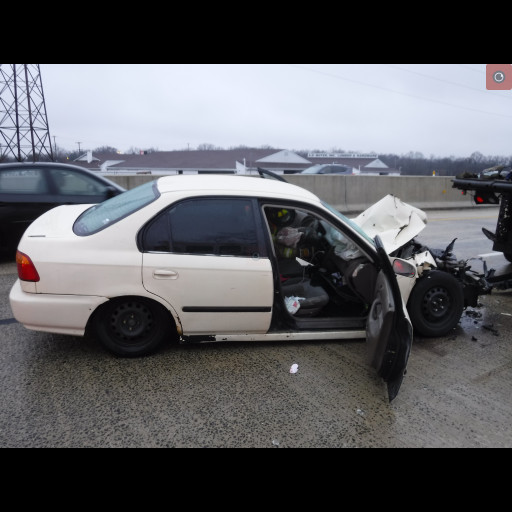