At the January 7, 2019 Board of Commissioners meeting, Lower Pottsgrove Police welcomed its newest officer.  Officer Michael Tantorno, Jr. was sworn in by Magisterial District Justice Edward Kropp, Sr.  Ofc. Tantorno will replace recently retired Sergeant Robert Greenwood who recently departed after serving 34 years with the department.  Officer Aaron Diefenderfer, who joined the department on December 3rd, 2017 to replace retired officer Robert Diesinger, abruptly resigned to pursue other career interests a few weeks after beginning work with Lower Pottsgrove.  As a result, the department will be moving forward with another replacement for him in coming weeks.

Michael P. Tantorno Jr., is a 35-year-old Quakertown area resident who for the past year has served as a deputy in the Lehigh County Sheriff’s Office.  He previously was employed by Lehigh County Sheriff's Department where he served on both courtroom security assignments and warrant details unit.  He attended Gwynedd Mercy College.  He began his shifts on Monday evening immediately following the swearing in at the Board of Commissioners meeting.  Michael is married with two children.

The Department is excited to have him as part of our team!

Michael is pictured above being sworn in by MDJ Kropp. 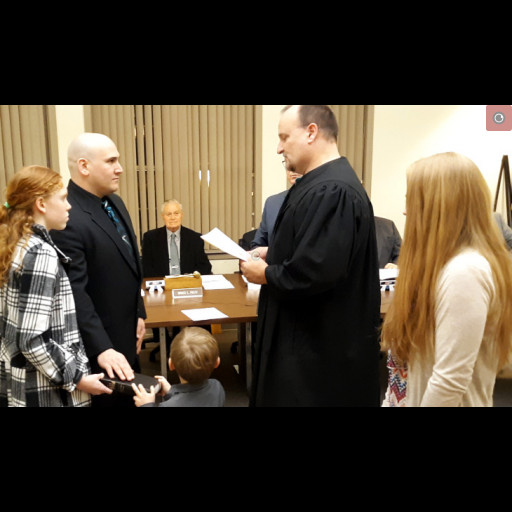