At the Township Board of Commissioners meeting held Last evening, Sergeant William James was sworn in as the Departments' newly promoted Lieutenant by Magisterial District Justice Edward Kropp, Sr.  The ceremony took place in the Township meeting room at just after 6 PM before a crowd of supporters.   Prior to taking the Oath of Office, Chief Michael Foltz offered comments to the audience about the promotional process, the need for filling the position he personal held and his personal praise of both the new Lieutenant and the contenders for the position.  The Chief himself held the position of Lieutenant from 2009 to 2012, under the command of former Chief Michael Shade, before being promoted to Chief.  The Township left the position vacant after the promotion of Chief Foltz, but recently agreed it was time to fill the vacancy to assist the Chief with the daily administrative demands.  Additionally, the department is in the process of restructuring its command staff into a more linear chain of command.

Lieutenant James was joined by his wife and daughters while taking the Oath of Office.  His Wife, Maria, proudly pinned the new badge on his uniform after it was presented by the Chief.

Lieutenant James was raised in Bloomsburg, PA.  where he graduated from Bloomsburg Senior High School in 1986.  He served in the US Marines from 1986 to 1990 where he attained the rank of Corporal. In 1994 he entered the Pennsylvania Municipal Police Academy at Montgomery County Community College and attained his Municipal Police Officer certification.  He joined the Lower Pottsgrove Township Police Department  in 1995 as a patrol officer.  After serving only three years on patrol, in 1998, he started the first School Resource Officer program at Pottsgrove School District.  Lieutenant James, known to many as "OJ", was instrumental in developing a state recognized SRO program at the District, including aiding in the institution of programs such as SNAP academy, DARE Program, GREAT Program, Peer Mediation, and assisted with School Safety planning . His presence in the schools was respected by students, staff and elected officials.  He instilled trust and respect to all those he crossed paths with in the hallways on a daily basis.

Lieutenant James left Lower Pottsgrove PD in 2003 as he pursued a private business enterprise.  After three years, he returned to his passion - policing our community.  From 2007 to 2014 he again served as SRO until he was promoted to Sergeant and was returned to the street to supervise his colleagues.

While working full-time, enduring a difficult family tragedy and later serving as patrol supervisor, Lieutenant James still found time to continue his educational goals.  He enrolled in Criminal Justice courses at Wilmington University where he attained his Bachelors degree in 2019.  He also is a proud 2017 graduate of the 267th session of the FBI National Academy.  He currently serves as both Chaplain and Executive Board member of the Eastern Pennsylvania  Chapter of the FBI National Academy Associates.

In addition to all he has done in our community as SRO, he serves as our agencies Community Policing Liaison.  He previously was called upon to present on the Pottsgrove SRO Program to the Pennsylvania Chiefs of Police Association at an annual conference and was instrumental in developing community outreach programs such as Lower Pottsgrove Community Day, Coffee w/ the Chief and Coffee with a Cop.

Attached photos are courtesy of Joe Zlomek of the Sanatoga Post 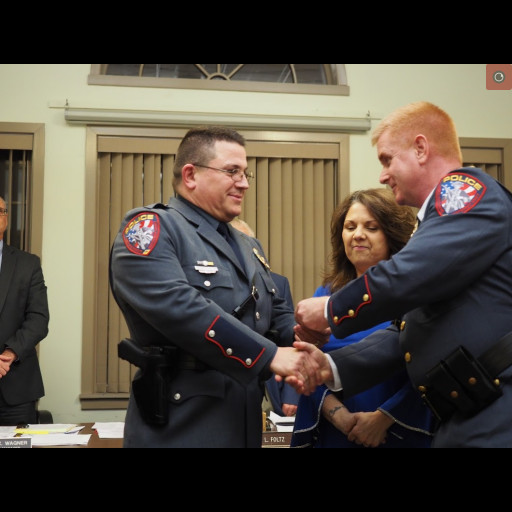 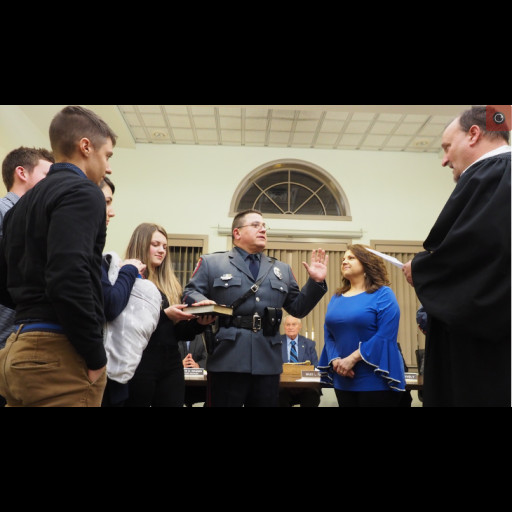 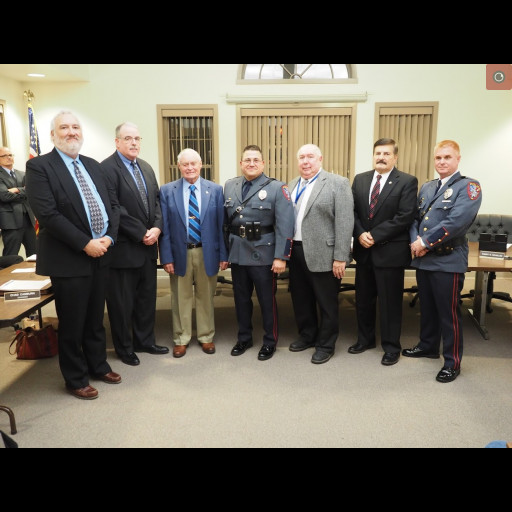