LPD Have their Annual Recognition Ceremony

LANSDALE BOROUGH- On January 18, 2023, the Lansdale Borough Police Department had our annual recognition ceremony.  This was the first time in two years we were able to have this ceremony in person in front of Borough Council.

Chief Trail started the night by recognizing the entire department’s uninterrupted police services to the community during the COVID-19 pandemic.

Officer Johnson was recognized for 25 years of service to the department.

Sgt. Mallozzi and Sgt. McVeigh received the “ironman” award for no sick time taken in 2022.

Sgt. McVeigh and Ofc. Gregory received recognition for their handling of a family in need.

Sgt. Bubnis received a Citation of Meritorious Conduct for his planning of the public safety response for the Lansdale Borough 150th Anniversary events.  In addition, he was also recognized for his work as the Chief Logistics Officer during the pandemic.  Sgt. Bubnis was given the task of procuring PPE for the department and Borough employees during the COVID-19 pandemic.

A Unit Citation was presented to Sgt. North, Sgt. Bubnis, Ofc. Erbele, Ofc. Freed, Ofc. Einreinhofer, Ofc. Pelzer, Det. Greco, Det. Gregory, Det Sgt. Andrew Lavenberg (Upper Dublin PD) Corp. Stephen Pimm (Upper Dublin PD) and Professional Support Staff Ashley Perry, for their handling of a bomb threat on an incoming SEPTA train on November 7, 2022.  An unidentified subject called 911 and advised he was in an inbound SEPTA Commuter Train to Lansdale Borough, and he was armed with an explosive device he intended to detonate.  Arriving officers evacuated the train, and no suspect or devices were located.  Shortly after the 911 call the suspect was identified with the help of Officers from Upper Dublin PD.  Officers further determined that another train was inbound to the Pennbrook Station.  Officers from Upper Dublin PD had identified the suspect after listening to the 911 call.  They sent the name and photo of the suspect to Lansdale PD Officers who were able to locate the suspect on the train at Pennbrook Station.  The subject was taken into custody without incident.

A Unit Citation of Meritorious Conduct was presented to Sgt. Mallozzi, Ofc. Albany, Ofc. Keeler and Professional Support Staff Heather Feiling, for their assistance to Philadelphia Police in locating a homicide suspect whose last known location was somewhere in Lansdale Borough.  The suspect was reported to be heavily armed and traveling with three small children. Officers were able to locate the suspect’s vehicle, which was unoccupied.  Officer set up surveillance on the vehicle.  A short time later the suspect was observed getting into his vehicle.  Officers conducted a traffic stop and the suspect used one of his firearms to take his own life. The three children were located a short time later, unharmed.

Thank you all for your continued support and Stay Safe! 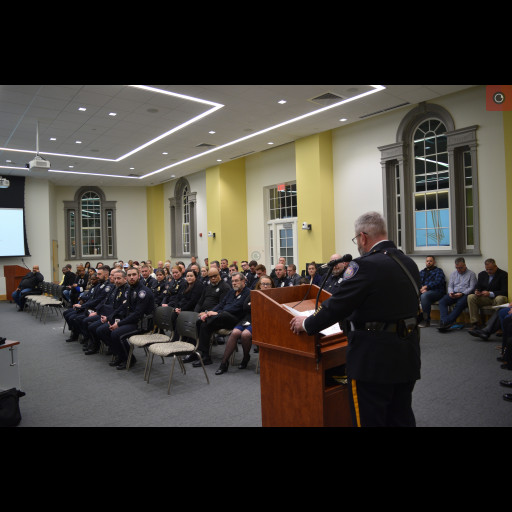 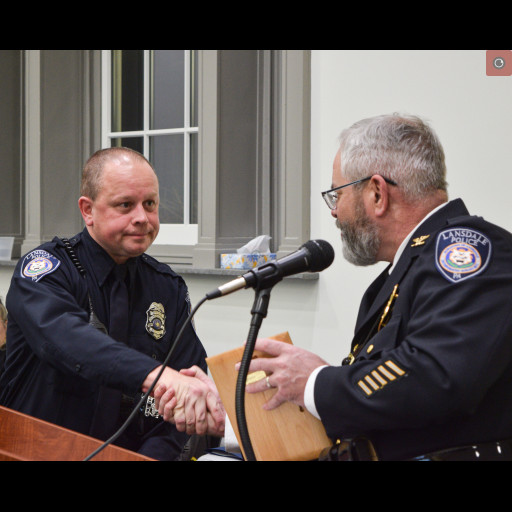 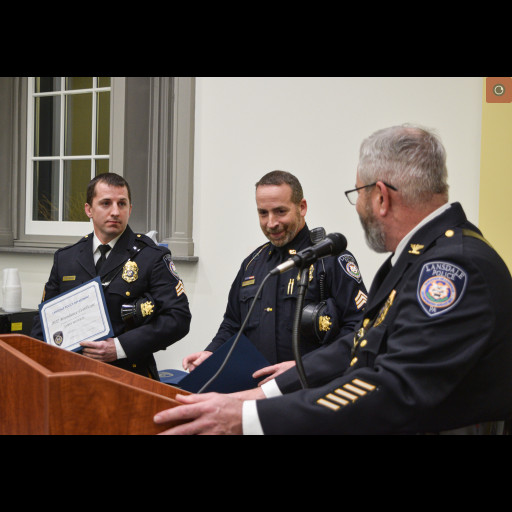 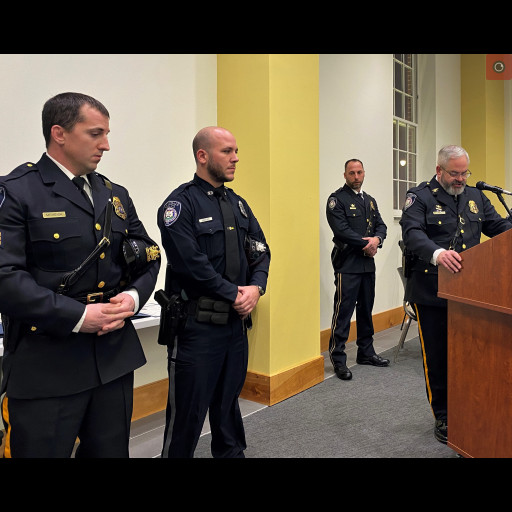 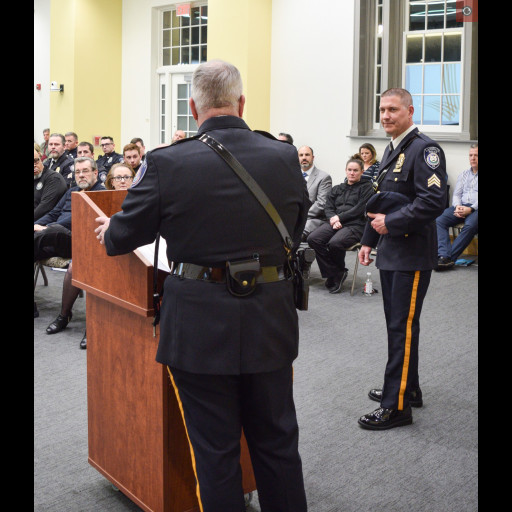 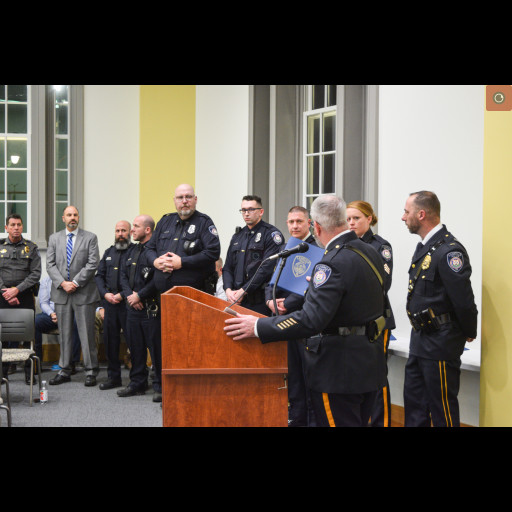 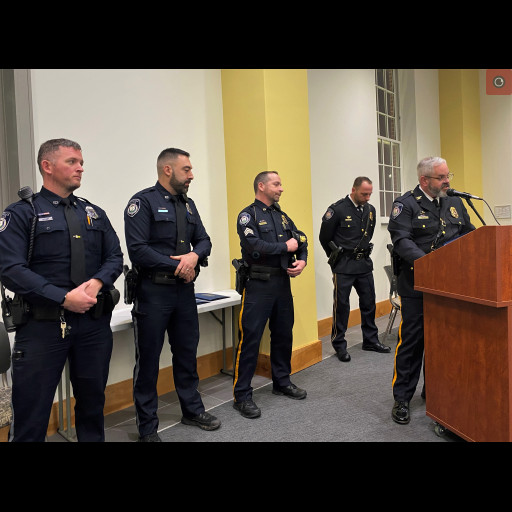 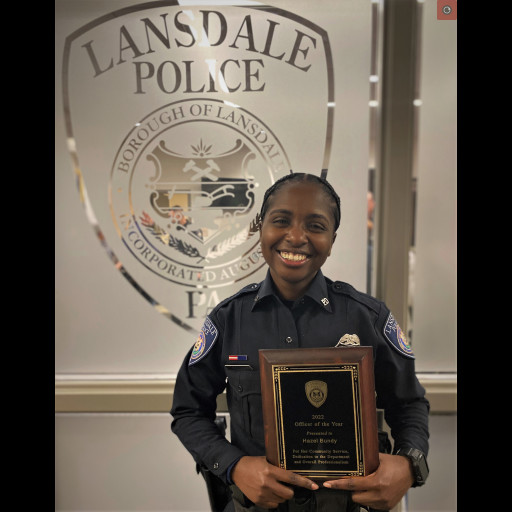 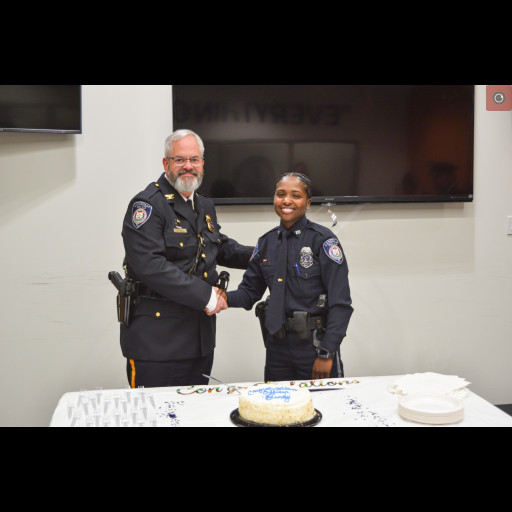 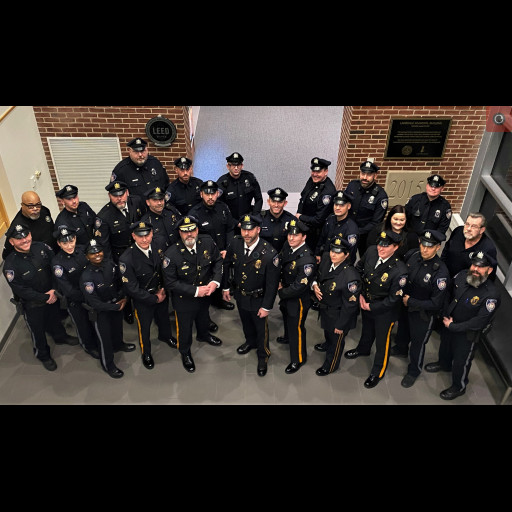 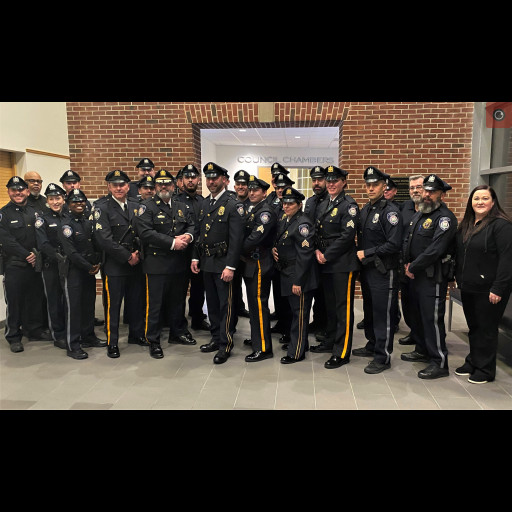