The Lansdale Borough Police Department is proud to announce the hiring of two new full time Police Officers, James Thompson, and Hazel Bundy.  The pair join our department to replace two officers that have recently retired.  We welcome James and Hazel to our family and look forward to long and successful careers for both.

James Thompson is a North Penn Area resident and graduate of North Penn High School.  James was a volunteer firefighter prior to joining the Navy.  He was honorably discharged from the Navy after 4 years of service and then attended the Montgomery County Police Academy.  James graduated the academy in 2020.  He enjoys the great outdoors, playing inline hockey and spending time with his dog Norah.  James is looking forward to starting his career in Lansdale Borough.

You may recognize Hazel Bundy as she has been working for Lansdale Police since December 2018, as a part time Police Officer.  Hazel is a graduate of Roxborough High School and the Delaware County Police Academy.  She also worked as a security officer for federal buildings in Philadelphia, while working part time for LPD.  During her tenure at Lansdale Borough, Hazel has completed the International Police Mountain Bike Association Training Course and is a certified Bike Officer.  She enjoys several different sports and spending time with friends and family.  Hazel also collects sneakers and is rumored to have quite the collection.  Hazel is looking forward to joining the department as a full-time Officer. 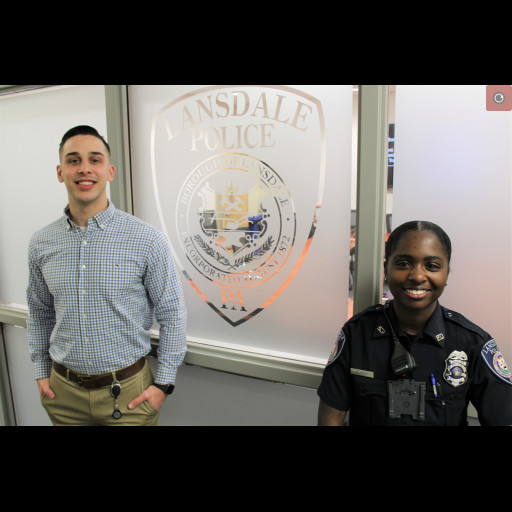